Izuchukwu Madubueze: The Video And Last Words Of The Enterpreneur who was wrongly accused of sexual harassment Emerges Online

A video showing Izuchukwu Madubueze, reading a suicide note before shooting himself dead has been shared online.

According to the Pinellas County Sheriff’s Office in Florida, United States, the Nigerian entrepreneur with full name, Izuchukwu Madubueze shot himself dead over an allegation of sexual assault.

Before taking his life, Izu recorded himself reading his suicide note. The video has now been shared online. 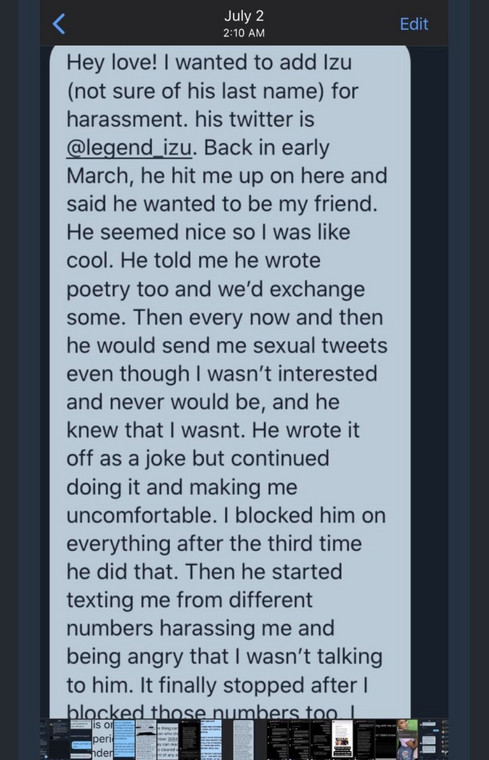 Izu can be heard saying : “I feel like it’ll be awesome to say some last words before I leave,” Izu began in the video.

He added: “In the last couple of weeks, I have seen the tweets. I have heard from several people, I’ve also seen some people who I expected a lot more from subtweeting me and I wasn’t ever given a fair chance to clear my name or explain my side of the story or verify whether any of the allegations against me were true or not.

“To my family, first of all, I apologize for bringing disgrace to your name. I love you all unconditionally from the bottom of my heart.”

“To my mum, I pray you stay strong, ” he said with a shaky voice.

“To my little bro, Ekene, I love you man. I wish we hadn’t grown super distant.

“To my sister, I love you so much sis. You have great things in store for you. You’re gonna be a very very great person.” 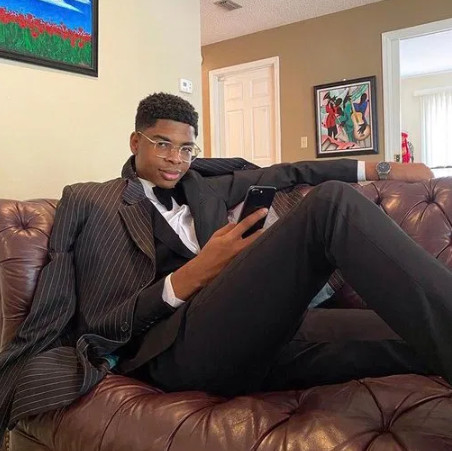 He then addressed his accusers, saying: “To Ify and Duby I wronged and who I… who said I groped them, which hurts a lot.

Izu was referring to the list posted on Twitter where a number of men were named as people accused of sexual assault, harassment, or rape. Izu’s name was listed and he was accused of harassment.

“I mean, like I told you Nani, I can’t shoot the messenger. but your attitude not to work towards clearing up accusations was piss-poor. You denied me the opportunity to clear my name and you refused to tell me what exactly I did that was harassment, even after I provided proof that I didn’t harass this person….”

A Twitter influencer named Nanichi Anese, had on June 29, 2020, accused the 23-year-old creative designer of harassment – not rape as widely claimed by friends who were angered by Izu’s demise.

Izu reached out to Nani to find out who he had harassed but she had sworn to protect the ladies who opened up to her so she refused to release the lady’s identity.

Izu was said to have been bombarded by calls from his friends, who queried him about the allegation.

On July 17, Izu, an Anambra State indigene later tweeted through Crowdfire app that Izu had killed himself.

He killed himself on July 16 but the tweet appeared on Twitter on July 17. Crowdfire app allows users to schedule their posts.

Related Topics:Featured
Up Next

News Brief: Ghanaian man who killed his client, narrates how he slept inside coffin for a Few days in Benin

#BBNaija: Here Is How The Viewers Of BBN Voted For their least favorite housemates at the first eviction show

News Brief: Mother allegedly poison her 2 kids For not being able to cater for them

#BBNaija: Here’s What Ka3na Have To Say About Praise After Her Eviction